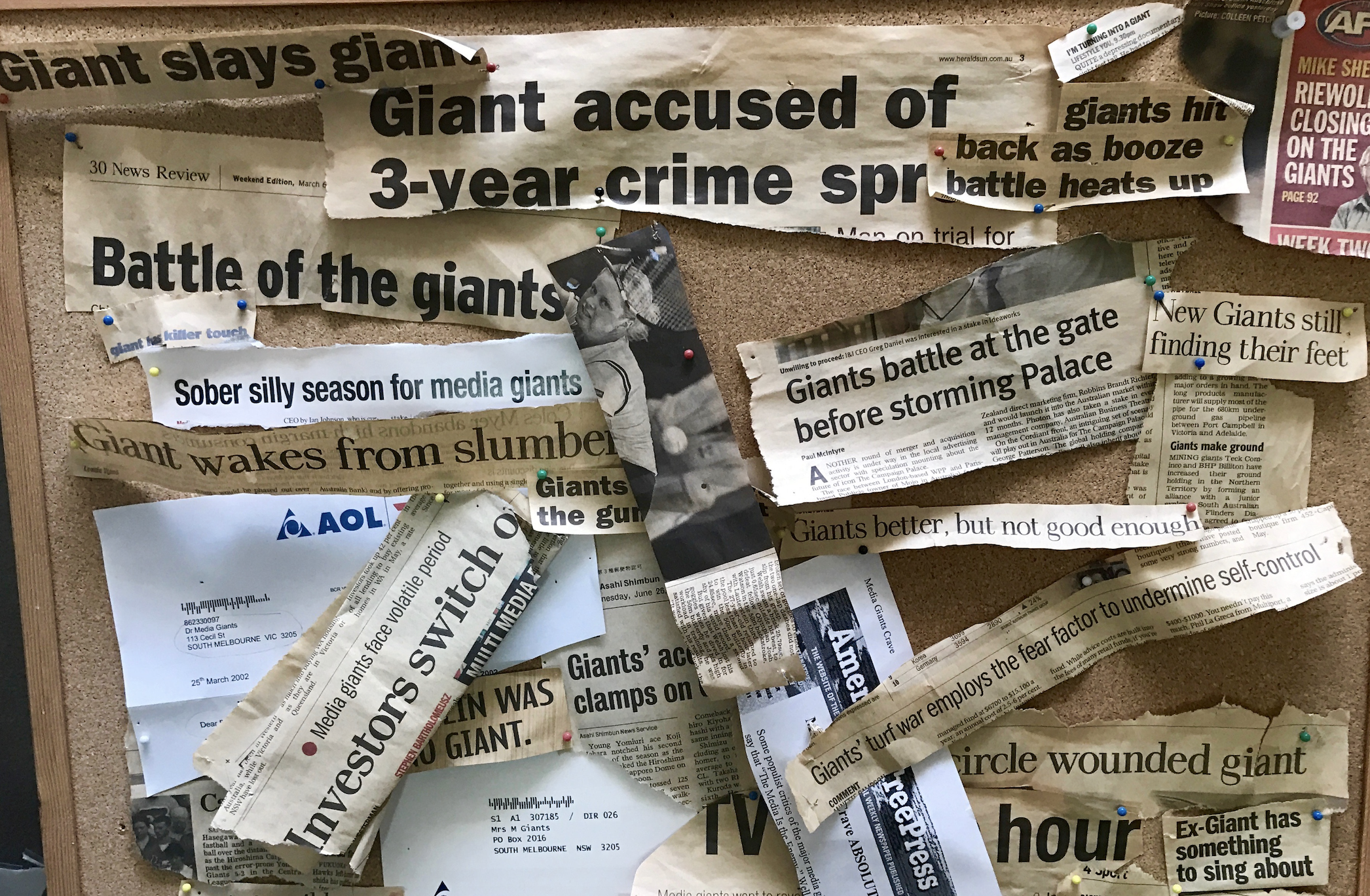 Alas, Media Giants is no more. We are shutting the doors after a magnificent two decade-long run.

As founders and directors until the end, Michael Roberts and Nick Place have decided to, in music industry terms, “pursue individual projects”, which probably means we’ll make an ill-fated decision to reform in 15 years and try to play an overpriced gig at a winery.

As we call time on the Giants, we would like to say that we are very proud of what our humble little company with the ridiculously oversized name managed to achieve. We were Australia’s first-ever e-content company, eternally punched above our weight  and worked for and with some of the biggest publishers and companies in the world.

We ran afl.com.au’s editorial for a time, along with so many other websites and digital publications. Plus, we created magazines, coffee table books, a pamphlet for an arms fair, entire brands, corporate communications, original TV shows (including the only sports show we know of with a robot dog trying to hump the legs of the guests), and some memorable radio. We also created documentaries, one of which won an award (“The Fifth Set”) and the other, a harrowing domestic violence piece, “Loves Me, Loves Me Not“, is still telling its confronting message today.

We started Little Big Shots, a children’s film festival that became internationally recognised, and The Bladder, a satirical sports website that among other highlights got us fired from BBC5 for making one too many Royal jokes. OK, probably 12 too many …

Mostly, we are proud of how we brought together amazing groups of creative staff who we regard as friends, and loved every day in their presence. Together, we shared a lot of life and work, in that order. The company was responsible for several romances, one marriage, at least a few babies, and some very memorable parties.

So, one last, heartfelt toast to the Giants. We like to think we carried our bat with dignity, skill, humour and grace.

A huge thank you to everybody who was ever a part of the company, or a friend of the Giants. What a ride.

See you somewhere along the road.

Let us explain what we mean …

Media Giants was created in 1998 as Australia’s first e-content company. Our first client was AOL, and created and produced great content for the next two decades. Only Rupert Murdoch and Keith Richards have outlived us. But then, that’s true of all of humanity.

We loved what we do

Media Giants loved to work with like-minded companies and individuals. We formed partnerships, not customers. Our content was aimed at everything from making people laugh to hopefully saving lives, across all media and in many forms. 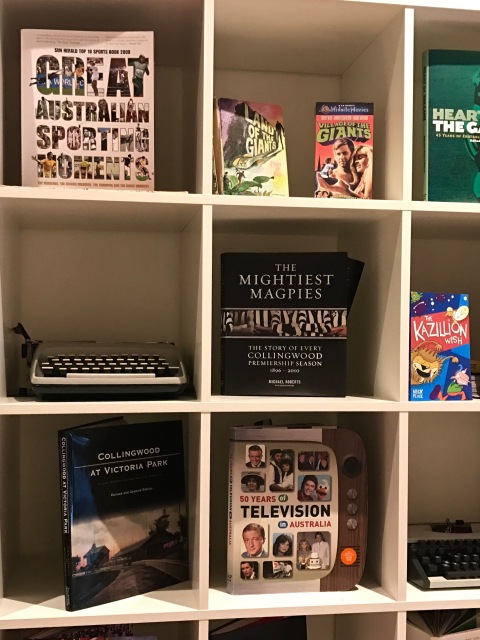