Media Giants has created original television shows, including a one-hour documentary for ABC TV, in conjunction with Film Australia (nominated for an AWGie screenwriting award), and Young Guns, an original concept that we created for the Fox Footy channel.

We have been hired as consultants for commercial TV shows, and have worked at every level – from research to executive producer – to help shows go to air.

We also have extensive experience in radio.

And, of course, we have created corporate videos and web videos for our clients that have pushed the usual boundaries of creativity and quality in those formats.

Some of the team behind Dream TV, filmed at the National Sports Museum, at the MCG.

The shows were a great example of how Media Giants differs from most online content providers. Instead of shooting two middle-aged men in collared shirts sitting at a table in a tiny studio, as most media outlets still do, we took Drea, TV to the National Sports Museum, for an amazing backdrop, invited team mascots along and had a lot of fun with the concept. The sponsors, Coca-Cola and then Toyota, were delighted.

LOVES ME, LOVES ME NOT

Loves Me, Loves Me Not was a documentary produced and directed by Media Giants for the Federal Government. The focus of the DVD was domestic violence in young people’s relationships and the target audience was broad: school students from all ethnic backgrounds, aged between 14 and 25.

The documentary is the most harrowing work Media Giants has ever done. It covers an emotional and difficult subject by recounting the true story of an 18-year-old girl who had been severely bashed by her then boyfriend. Their relationship was recalled by her family and close friends who knew both of them well and by the young woman herself, who is now in a wheelchair because of the injuries from the assault. It is a powerful and confronting story, sensitively told.

The film shows how the relationship deteriorated and became abusive. It shows the warning signs that are common to domestic violence. And without lecturing the audience, the documentary brings home what can happen when one blithely ignores relationship problems or even dares to think “he’ll change”.

The DVD/video Loves Me, Loves Me Not was released to all secondary schools in Australia in 2005 as a central plank of the Commonwealth Government’s ‘Violence against Women, Australia says NO’ campaign.

In 2002, Media Giants produced ‘Young Guns’ for the Fox Footy pay TV channel. Based on an original concept developed by Media Giants, the show focused on the young, up-and-coming players of the AFL and had a funny, irreverent style. Hosted by Amy Parks and Greg Lange (RIP), the program aired on Fridays at 8pm and was the only Fox Footy program to screen on an additional channel – Fox8.

Having created and managed the content for the United International Pictures Ned Kelly website, Media Giants demonstrated its versatility by also producing a documentary for inclusion on the DVD release of the film. 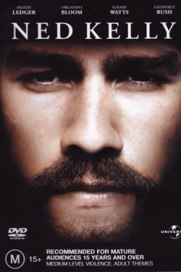 Ned Kelly: Cultural Icon explores the bushranger’s impact on Australian culture, from his appearance in some of the world’s first films, through to the paintings of Sidney Nolan, the books of Robert Drewe and Peter Carey and his role in the Opening Ceremony of the 2000 Olympics. Narrated by veteran actor Charles ‘Bud’ Tingwell (who also features in the film), Ned Kelly: Cultural Icon was produced to an extremely tight deadline and was directed by then-Giant Kate Latimer.

THE FIFTH SET:
100 YEARS OF AUSTRALIA AND THE DAVIS CUP

The year 2000 marked the 100th anniversary of The Davis Cup, the world’s most prestigious tennis trophy. Using rare archival footage and new interviews with Australia’s stars of yesteryear and today, The Fifth Set is a documentary for tennis lovers or anyone who shares the nation’s determination for excellence.

Recounting the golden era of the 1950s, when Australia won the Cup 15 times in 18 years, Neale Fraser, Frank Sedgman and John Newcombe shed light, in new interviews, on one of our nation’s most celebrated sporting eras. Younger players such as Patrick Rafter and Lleyton Hewitt describe their pride in representing their country and the euphoria of victory in 1999.

The documentary received high ratings when it debuted on ABC TV. Media Giants’ Nick Place and Kate Latimer received nominations for Best Script, Documentary at the 2001Australian Writers Guild awards for their work on The Fifth Set 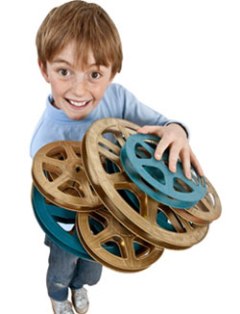 Inspiring the imaginations, the creativity, and quite possibly, the movie-making careers of kids in Melbourne and around Australia, ‘Little Big Shots – Australia’s International Kids’ Film Festival’ was created by Media Giants – although it is now a stand-alone Not For Profit charity. Featuring a program of films for kids, about kids, to amaze and delight kids, Little Big Shots showcases the best in filmmaking for children – and sometimes even by children – from Melbourne, Australia and around the world.